Hummingbird Hype and the Google Algorithm

October 04, 2013
Oh the SEO world is abuzz with Hummingbird hype. Allegedly, Google has made a major, incredible, catastrophic, complete overhaul of their (magical) algorithm. Many are freaking out, quite a few are concerned, and of course every serious Google-watcher like myself must pay attention. 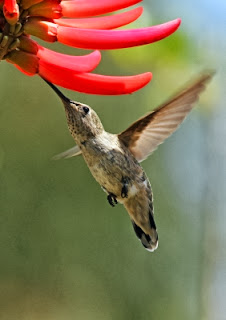 We've been through this before. Sometimes the hype is understated, as when Penguin rolled out and at first it did not seem like a big deal. Now it's clear Penguin is a very big deal with many severe penalties for naughty link-building. Panda, in contrast, doesn't seem to be nearly the problem.


Hummingbird seems to be mainly about latent semantic indexing, which is a fancy word for:

But keywords still drive queries - not at a Google level, but at a human level. If I ask you:

Do you know the best Pizza restaurant in Palo Alto?

No amount of Hummingbird technology can "change" the fact that speech queries are driven by keywords. At its best Hummingbird will be about inferences, such as:

Do you know a pizza restaurant?

With the inference being you want a) the best, b) someone near you, and c) I know you are in Palo Alto.

Is Hummingbird important? It's too early to tell. Can Google or Will Google change the fundamentals of human speech and queries? No: at best they are going to try to be more intelligent about adapting to the ambiguities of human speech, and better at inferring what a query means.

From the SEO perspective, it all still implies that we should:

Keep calm and carry on.

Popular posts from this blog

October 07, 2018
Link sculpting in SEO (Search Engine Optimization) refers to cross-linking pages to each other around keyword phrases. Here's an example from https://www.aspcapetinsurance.com/cat-insurance/ focused on "cat insurance quote"

Conflation: To Blend or Confuse (Perhaps with the Purpose of Misleading Someone)

October 06, 2018
There's inflation (to get bigger) and conflation (to bring together). You may have heard people say something like "she's muddying the waters," evoking the idea of someone stirring up the dirt so you can't tell where the water begins and the dirt ends. Or two rivers coming together like the mighty Rio Solimoes (the Amazon) and the Rio Negro.

In arguments, conflation is used when you try to point out to your opponent (or audience) that the thinker is taking one thing and confusing it or muddling it up with another. An example might be something like:

Hitler was a terrible person. He was really immoral.

Hitler believed that the world was round.

The world can't be round, because Hitler was immoral.

Oops, you're conflating Hitler's moral character (or lack thereof), with a statement of truth or falsehood; whether the world is flat or not. We're conflating two separate logical concepts. The world either is, or is not flat, independent of Hitler's moral …
1 comment
Read more