Dog Training and SEO: Yes, They Are Similar!

December 07, 2014
We have a new dog in our house: Buddy.  Buddy is a 12-week-old black Labrador retriever.  Buddy is busy trying to teach us who is the "top dog" in our house, and we are busy trying to catch up to Buddy's intelligence level.  It's a bit of a struggle, and it's a lot of fun. 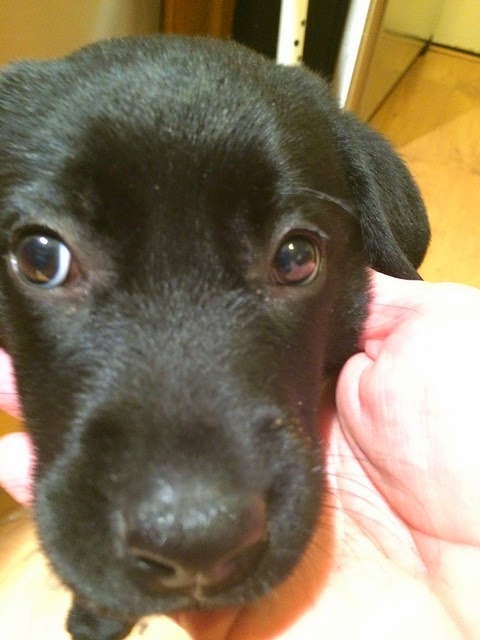 I do SEO.  (You know that if you're reading this).  And I teach SEO. So I am always looking at life from the perspective of a teacher.  And there is nothing better than trying to train a puppy to teach you a lot about learning, and training, and understanding, and behavior.

They both have minds of their own.


So today, we were leash training Buddy.  Or attempting to. So we learned -


Well, first of all, I am now 'the student,' vs. being the 'teacher.'  This whole "dog / puppy training thing seems overwhelming.  My mind is overloaded.  (As yours might be when you try to "do" SEO). I am flooded with too many instructions, and the world is spinning.  Second, I don't speak or understand dog.  I don't UNDERSTAND what he wants to do (first of all), and I don't UNDERSTAND how to tell him what I want him to do, second of all.

And third, what are the secret mysterious techniques to puppy-training?  How do I learn them?  How do I take baby steps?  I don't want to take baby steps!  I want immediate results (just like in SEO), but I can't get them.

I have to learn the rules of "the game," and implement them - slowly but surely.  Success is possible but not without patience, understanding and lots of hard, hard work.

Puppy training or SEO.  Both require a lot, starting with the realization that you don't know how.  So look to people who do.  And patiently try and learn.  Step, step.  OOPS pulling on the leash.  STOP.  Step, step, step.

Popular posts from this blog

September 05, 2019
Grrrrrrrrrr.  Amazon is reporting "quality issues" on my Social Media Marketing workbook . But, oops - there are NONE.  I've called in to complain and get them to remove that annoying "warning" but so far, nothing. Oh readers.  Those fun folks who have trouble with their Kindle and blame it on us poor and struggling authors. #OHWELL.  Always, contact me if you have issues with the books. I'll move heaven, earth, and Amazon to fix it.
251 comments
Read more

Conflation: To Blend or Confuse (Perhaps with the Purpose of Misleading Someone)

October 06, 2018
There's inflation (to get bigger) and conflation (to bring together). You may have heard people say something like "she's muddying the waters," evoking the idea of someone stirring up the dirt so you can't tell where the water begins and the dirt ends. Or two rivers coming together like the mighty Rio Solimoes (the Amazon) and the Rio Negro. In arguments, conflation is used when you try to point out to your opponent (or audience) that the thinker is taking one thing and confusing it or muddling it up with another. An example might be something like: Hitler was a terrible person. He was really immoral. Hitler believed that the world was round. The world can't be round, because Hitler was immoral. Oops, you're conflating Hitler's moral character (or lack thereof), with a statement of truth or falsehood ; whether the world is flat or not. We're conflating two separate logical concepts. The world either is, or is not flat, independent of H
27 comments
Read more

March 14, 2016
Google the policeman is threatening blogs who give links for product reviews. http://bit.ly/1SN132M #SEO
Post a Comment
Read more